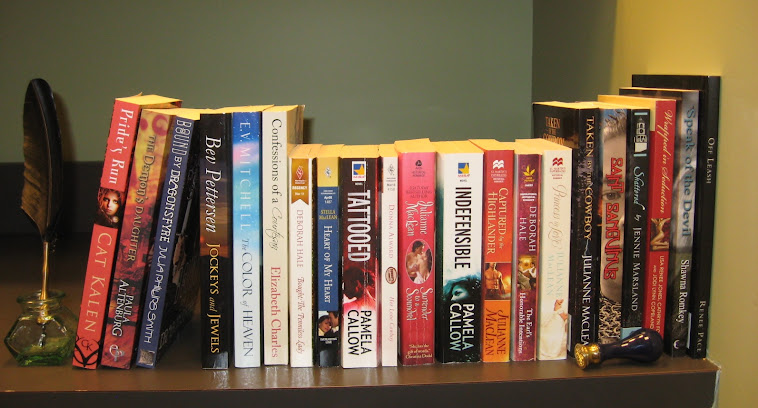 5 of My Favorite Books

For writers who started out as passionate readers, choosing five favorite books is almost like a cruel joke.

If I pick this one, then I have to leave out that one. Then you'll never know how much that one meant to me, how I still think of scenes from that book all these years later.

Here are five books that you can rest assured have made a lasting impression on me, pretty much shaping the writer that I am today.

1 - The Crystal Cave by Mary Stewart

This book is the single most influential book from my youth. I discovered it at the used books table at the Christmas Tea and Sale at Woodlawn United Church, where I went to Guides. It was a blustery gray November day, and I was off on my own to browse while Mom and my sister were finding their own treasures. Just the cover with its simple sword design was doing it for me. Once I began reading about Merlin's boyhood and was transported to Dark Age Briton, I never wanted to return to the present day.

I found this one in Toronto, amongst my husband's giant stash of books. It's book 1 of two connected series, where we discover that our Earth is but a ripple emanating from the true center of the universe -- the kingdom of Amber. All roads lead to Amber for the various members of the feuding royal family, but who can one trust? The means of pushing through the dimensions to travel between worlds is truly fantastic. The characters are larger than life and unforgettable, especially the main hero, Corwin of Amber.

I read this one after signing up for my first-ever online reading challenge. It was a four-footed-friends reading challenge, where all the books had to have animals as one of the main characters. I hadn't read Mercedes Lackey before and became a major fan by the end of chapter one. In the first place, she dedicated the book to Russian prima ballerina Natalia Makarova, which actually brought tears to my eyes when I read it. Being a passionate ballet fan, I realized that Mercedes Lackey was a dance lover like me (The Firebird is one of the ballets whose score was written by one of my favorites, Igor Stravinsky.) The incredibly skillful way Lackey retells this folktale -- making it seem like you've never heard it before -- really impressed me. Yet it's the way she kept the unresolved action going right up to the last page before tying it all together that made the biggest impact on me. It's the bar I set for myself when I'm working on my own novels.

Man, I love that cover. This was my introduction to my favorite vampire (other than my own hero, Peredur.) The Count Saint-Germain is already an ancient vampire by the time he ends up in the uneasy peace between the two world wars in Germany. Yarbro's focus on the day-to-day problems Saint-Germain faces in rotating his residences before the locals can realize that he never ages is one of my favorite things about this series. Saint-Germain may be a badass vampire, but he does it in style wearing the best evening dress and pleasing many a lovely lady along the way.

I read this one while in university, when I should have been working on papers and film projects. The moment the main character Claire steps through a circle of stones in Scotland and travels back through time, was it reasonable to expect me to do anything else but find out what happened to her and to the man she meets in the highlands of the 18th century? Even though the book is 640 pages long? This book has a hero that cannot be set aside in any reader's memory. The phrase 'Jamie Fraser' sends women into a sighing reverie if they've read the book. Yet Gabaldon also created one of the most amazing villains ever in Captain Jack Randall. Thank heavens this series has at long last been adapted for television and will be debuting on Showcase in Canada, and on Starz in the US, at the end of August. 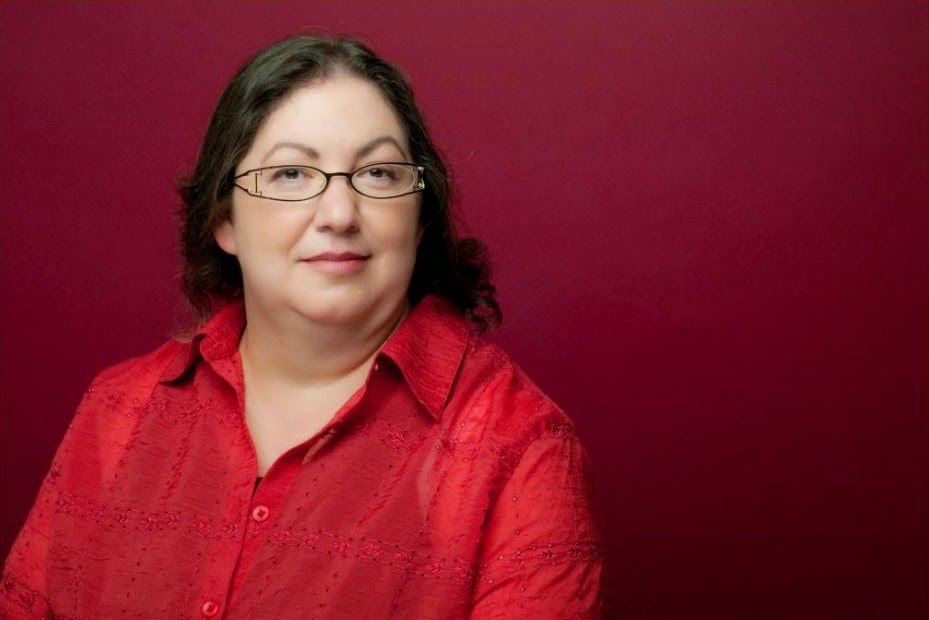 
Posted by Romance Writers of Atlantic Canada at 01:04 3 comments:

Five Books From My Formative Years

The gist of the post was to write about my Five Favourite Books, but given that there was no way to pare that list down to just five, and I didn’t think anyone wanted to stick around long enough to read such a lengthy dissertation of my top 100, I decided to make this about the five books that had an impact on me during my formative years.

On the Sidewalk Bleeding by Evan Hunter
Okay, this is a bit of a cheat. It’s not actually a book, but a short story. I read it when I was in grade seven as a school assignment. At the time, I still wanted to grow up and be a farmer. I had always made up stories in my head for as far back as I can remember, but when I read this short story it hit me like a tonne of bricks – I could write my stories down.  Once that realization hit, I changed from wanting to be a farmer to wanting to be a writing farmer. It took a few more years before I decided writing was a more viable option for me, given I didn’t really know anything about farming.

To say I loved this book would be a gross understatement. I didn’t just love this book as a kid, I was obsessed with it. It was a book about a collie named Lad and the book basically consisted of a series of stories about the dog. They had two hardcover copies at the library in New Glasgow where I grew up and I would take one out, return in on the due date, pick up the second book before I left, return it on the due date, and retake out the first. This sequence repeated itself for years. I could practically repeat the stories word for word and didn’t even need the book any more, but I loved the experience of reading it, of getting lost in the dog’s world and wishing I could have a dog just like him. In my thirties, I found a paperback copy of the book and snatched it up. Now and again I’ll pull it out and have a read through and it brings me right back to my childhood.

The Enchanted Wood by Enid Blyton

This book was magical to me. The minute I started reading it I was transported somewhere else. The story is about three kids who move to the country where they find an Enchanted Wood. In the wood is the magic
Faraway Tree. I cannot tell you how badly I wanted that Faraway Tree. You see, the  Faraway Tree had all these great characters like Mister Watsizname and Silky the Fairy, and at the top of the tree were all these strange lands the kids got to visit. I kept wishing and wishing and wishing for that tree. I would look out my bedroom window thinking surely all that wishing would make it appear. Didn’t happen, but every now and again I still look out my backyard thinking today is the day.

Pardon Me, You’re Stepping On My Eyeball by Paul Zindel 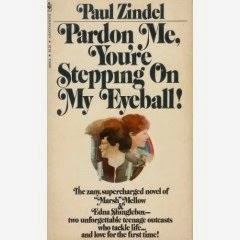 I mean, c’mon! The title alone makes it worth a read! And it gets better – the main character is a guy named “Marsh” Mellow and he carries a raccoon in his pocket. A raccoon! He’s convinced the whole world hates him (hey, he’s 15, didn’t we all?) but then he meets up with Edna Shinglebox and after insulting her numerous times he realizes she’s every bit the freak he is and just as depressed. They end up going on a cross country adventure and the story is a bit of a self-discovery journey. I loved this book.

The Grounding of Group 6 by Julian F. Thompson

This book was released in 1983 when I was in Grade 10 and it solidified my desire to become a writer because I wanted to write something this awesome. The story premises is that five teens whose rich parents consider them an embarrassment or worse are sent to an exclusive boarding school in Vermont to be killed. Not our average plot. I remembering reading the back blurb and digging into my jeans pocket for enough money to buy it because no way was I leaving the store without it. The book is both dark and comedic and had a bit more sexual content in it than was generally accepted in the 80s which caused a bit of controversy, none of which I was aware of because I was too busy reading the book to care. Apparently they are now making it into a movie.


And there you have it. Incidentally, all of these books have a prominent place on my Keeper Shelf.

Posted by Romance Writers of Atlantic Canada at 07:00 No comments:

So instead, here is a much shorter list - my top five non-romance authors.

1. Terry Brooks – I remember “The Sword of Shannara” as being my first 'grown-up' book. I read the whole series and it inspired me to start writing my first short stories.

2. Stephen R Donaldson –Although I don't read fantasy as much as I used to, I still have copies of “The Mirror of Her Dreams” and “A Man Rides Through” occupying a treasured space on my bookshelf. I read them both at least once a year. I should probably see about replacing them with less dog-eared copies...

3. Kay Hooper – Although she writes in different genres, I like her Bishop series. These are novels about a fictional paranormal FBI unit (led by a man named Bishop) where the agents have ESP talents such as being psychics. And sometimes those talents hinder as much as they help...

4. Tess Gerritsen – I absolutely love medical thrillers. And, in my opinion, Tess Gerritsen is the best of the best. My couple of my favourite books by her are “Life Support” and “Harvest”.

5. T. A. Pratt – I have recently read the first four books in the Marla Mason series and am hooked. This series is an urban fantasy series revolving around a sorcerer/guardian named Marla Mason. Must read more! 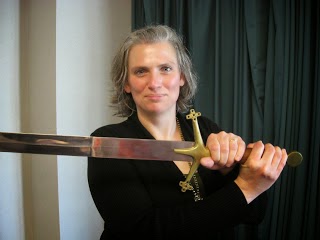